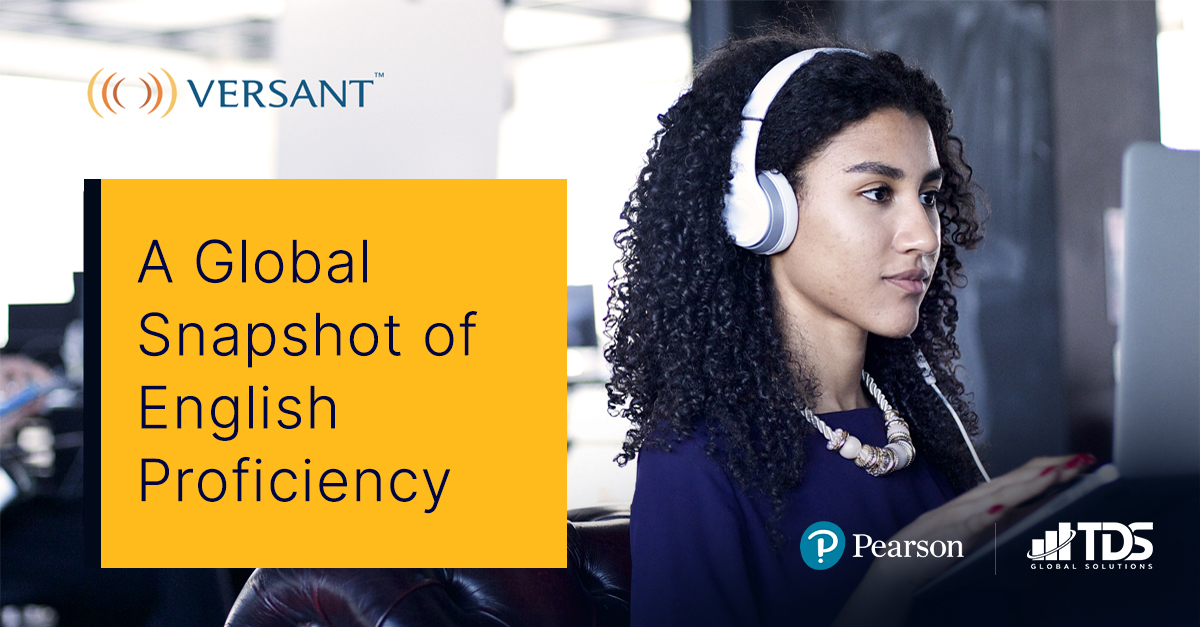 In today’s global economy, English has been the primary language not just in business, but in international diplomacy, science and technology. This is especially helpful for non-native English speakers involved in conference calls, sending emails and chat messages, and communicating via social media and omni-channel platforms.

In fact, Versant delivers global reach and appeal as it covers over 100 countries, while Pearson, together with TDS Global Solutions, have successfully conducted 1.6 million tests delivered in 2020,Versant tests are widely used by a wide range of employers and other institutions.

Most of the Versant users in the report are corporations, call centers, universities, and language training centers. Above all, they are looking to evaluate the English proficiency of students, job candidates, or employees.

Some snapshot of the report:  Philippines, India, and Japan

To dig a little deeper into the statistics, Pearson included case studies of three countries in the report: India, the Philippines, and Japan. These stories highlight the most interesting facts about the English language learning trends we spotted in these countries.

‍Philippines: The     Philippines is continuing to stay competitive in the IT outsourcing  industry. Moreover, the five key industries using Versant include     healthcare, BPO, finance, hospitality, and IT/telecom.

Japan: English     teaching remains strong within the formal education system, but language     skills are still low. 90% of Versant test takers are existing employees in     Japanese companies. This means that companies are putting great effort     into upskilling their employees.

All things considered, despite their own unique challenges, all three countries have made progress in both English learning and assessment. Remember, the data shows the level of English among Versant test-takers and is not representative of the level of English in each country or region as a whole.

To see the details of the global findings and trends of the report, including the mean scores of each region and their comparisons, download the Global Snapshot of English Proficiency Report now.

To request a free demo of Versant language assessment, schedule a call here.