The Filipino Spoken and Written English – a Quick Analysis 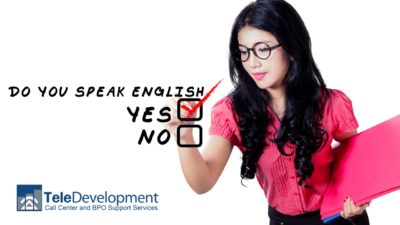 Attributing to its rich colonial past, the Philippines has become on of the best non-native speakers of the English language. The presence of western culture is prevalent in the country, from media to the academe. Schools are staffed by teachers whose medium of instruction is in English as with most communication channels. Given that language is continuously evolving considering several factors like intonation related to language orientation and assimilation, a unique Philippine English is developed.

It is interesting to note that the writing score has improved from 2014 but it is nevertheless still far from the spoken marks. 2009 was when spoken English proficiency was at its highest, this is justified as the number of test takers are still low and the industry was then on a flourishing stage. As the industry continued to grow over time, the number of applicants taking the Versant test also increased proportionately.

Proficiency in the Philippine Regions

Manila albeit the capital of the Philippines and where most big players are located has only placed third among the key cities in the country. Again, this is but a snapshot of the bigger picture, nevertheless, it can be attributed to how talents from different provinces migrated to Manila to find work.

As with any country, proficiency in English is relative to education level and social status of a person. This, therefore, translates to a wide spectrum ranging from a dismal English to a native-level fluency. Let us take a closer look at how the Philippines fare with the other regions in terms of both written and spoken English proficiency.

It is imperative to note that the figures provided above are the result of all Versant Test administered per country and cannot be used as an actual representation of the entire populace. Nevertheless, this will provide us with a snap chat of the topic landscape. This table can also be found in a previous article that gives us a general overview of the regional English language proficiency in a nutshell.

Despite ranking second in terms of spoken English, it is alarming to note that the Philippines ranks second to the last in writing proficiency. This can be attributed to the earlier premise on colonization and assimilation. To most Filipinos, speaking the English language can be a plus in both academic perception and social status. It has, therefore, left everyone thinking that speaking in English well will put them at an advantage.

This is relatively true to a certain point. The IT-BPM industry has surpassed overseas remittance as the biggest contributor to the nation’s economy. A chunk of the needed workforce needed for this thriving business is on voiced operations. Having a good English speaking talent can certainly be advantageous as companies are now raising the bar for acquiring employees.

Why the Poor Grammar?

English is a very complicated language, there are many rules and conversely, exceptions to those rules. Grammar and syntax are among its complexities and will, therefore, take time to master. Conversational and formal/literary speech debatably remains to be a compliance-sensitive aspect. The moment one makes an error with sentence construction or uses words contrasting to their strict dictionary meaning and purpose, the overall context already changes even to the point of not making sense to a native speaker.

Filipinoism is also another avenue to inspect. Words are translated in verbatim as such, the message no longer becomes conversational, more so, grammatically sound. Even if the medium of instruction for education is English, sadly, most of the curriculum are not aligned with the Industry requirements.

Also Read: The Effect of Versant on Your Recruitment Process

Leaning towards capturing quality talents for the IT-BPM industry, it is essential to address the issue on both spoken and written proficiency. The Versant Test can help make a rationale and effective assessment to better determine the areas of language a candidate needs to improve.

Over time, we can expect that the influx of graduates can exponentially improve the data if intervention and proper assessment are observed. The integration of industry relevant subjects to the academic curriculum can intensify the English proficiency of students who will eventually join the workforce. Another factor that needs to be seriously addressed is the capacity of the educators to competently teach the language. Assessment and intervention should actually start with the teachers who will then dissipate it to the students.